The TLC series “My 600-Lb Life” has engaged and enthralled viewers since its 2012 premiere. Audiences cheer on the super-morbidly obese patients as they work with bariatric surgeon Dr. Younan Nowzaradan to change their lives for the better. Viewers wish for the contestants’ weight-loss success, and many of the cast have had stunning transformations. But not every story on the show is a success, and not everyone earns their dream makeover.

Penny Saeger is one such sad case. Saeger earned a reputation for being stubborn, refusing to follow Dr. Now’s recommendations. She appeared on the reality show early in its second season in 2014. She was 46 years old and weighed 530 pounds, and she had been bedridden for four years. According to The Cinemaholic, Penny had always been heavy, using food as an escape from her alcoholic and abusive father. She wore plus-sized clothing at age 9 and weighed 300 pounds by age 22. She gained another 150 pounds when she started dating her husband, Edgar, adding more while pregnant with their son, Liam, and she was never able to lose it.

Edgar became her primary caretaker, and both parents worried that Liam would have to grow up without his mother. Starcasm shared a video Penny made from her bed several years before she appeared on the show, telling Liam how much she loved him and that “Mommy’s working really, really hard.” But viewers have questioned whether that statement was true. Keep reading and we’ll fill you in. 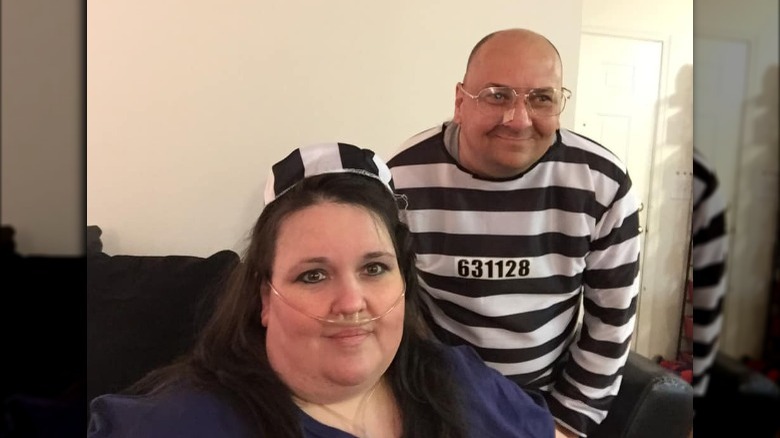 When Penny Saeger appeared on the show, she was anxious to prove to Dr. Now that she could lose the weight needed to receive gastric bypass surgery. She lost only 35 pounds, but it was enough to show her commitment, and she had the surgery. But not only did she not lose any more weight afterward, she instead gained five pounds (per The Cinemaholic). She had been sneaking food into the hospital and asking the nurses for additional meals. Penny soon left the program and returned to her home in Elkton, Maryland, where she could control her own food.

In her 2015 “My 600-Lb Life: Where Are They Now” episode, Penny had not made much progress on her weight-loss journey, remaining confined to her bed and refusing to exercise or make any healthy changes in her life. This saddened and angered viewers because her surgery was paid for by family and friends who had donated the money.

Little is known about Penny now, and rumors about her death circulated — and a shared post about grief on her husband Edgar’s Facebook doesn’t help. But she is alive, per SoapDirt. Edgar posted about their anniversary in 2019, and Penny still wore a nasal aspirator. Her Twitter, Instagram, and Facebook accounts remain mostly empty — though considering the angry and hurtful comments populating her few posts, we can’t blame her for that. When she posts, it’s mostly photos of her family.