New streaming movies are coming to entertain you and your family during socially distanced times.

This weekend, Tom Holland – aka your friendly neighborhood Spider-Man in the Marvel movies – takes a very different role in an Apple TV+ opioid drama directed by the Russo brothers (“Avengers: Infinity War” and “Endgame”), Jennifer Garner’s once again a loving mom in a Netflix family comedy and a “Punky Brewster” star hops in a time machine back to the 1990s with a new documentary about her childhood.

If you’re feeling the itch to get back to the movies in person, and it’s safe enough to return to your local theater: Pedro Almodóvar’s first English-language film “The Human Voice” starring Tilda Swinton is releasing in New York, Miami, Chicago, San Francisco and Los Angeles on Friday, accompanied by a digitally restored version of “Women on the Verge of a Nervous Breakdown.” (An expansion into independent theaters across the country will follow.)

But if you’d rather stick closer to home, here’s a rundown of new movies hitting streaming and on-demand platforms this weekend, for every cinematic taste: 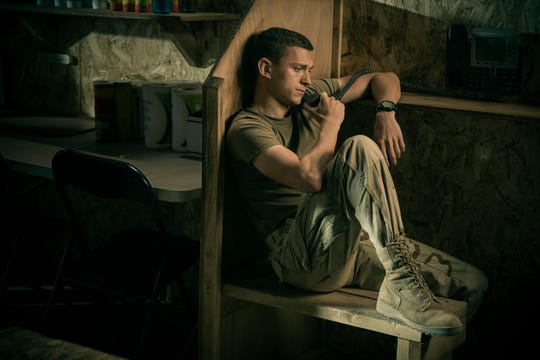 Tom Holland plays a college dropout who enlists in the Army and goes to war in Iraq as a medic in opioid drama "Cherry." (Photo: APPLE)

If you want to watch something bonkers: ‘Cherry’

Anthony and Joe Russo’s first directorial effort post-“Avengers” is also epic (in its own way): A satirical, seven-chapter opioid drama starring Holland as a college dropout who enlists in the Army (and has the most gonzo basic-training sequence since “Full Metal Jacket”), sees some bad stuff in Iraq, comes back home with PTSD, and holds up banks to fund his heroin addiction. While tone and plot are all over the map, Holland’s steadfast performance keeps it watchable and thought-provoking.

"Yes Day" (Netflix, Friday): The family comedy stars Jennifer Garner and Edgar Ramirez as a mom and dad who decide to give their three kids a day where they get to make all the rules, which leads to 24 hours of adventurous shenanigans through LA. (Photo: MATT KENNEDY)

If your little ones need a cinematic escape: ‘Yes Day’

Edgar Ramirez is known for playing cops, assassins, criminals and other heavies but he comes alive in a new and very silly way in the family comedy. “Yes Day” casts him and Garner as the parents of a biracial family who decide that maybe they’re being too hard on the kids and let them have a day where they make all the rules. While plenty predictable, the movie offers enough humorous spectacle to entertain most ages, though loses some of its spark when it attempts to get serious. 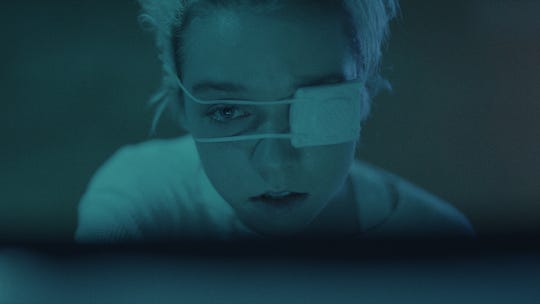 Julia Sarah Stone is a troubled teenager who signs on for a sleep-disorder study that turns mighty dark in the sci-fi horror thriller "Come True." (Photo: IFC FILMS)

If you’d rather not sleep for a few nights: ‘Come True’

Writer/director Anthony Scott Burns’ intriguingly freaky and very clever sci-fi horror thriller centers on Sarah (Julia Sarah Stone), a troubled 18-year-old student who dreams of disturbing dreamscapes at night and enlists in a sleep-disorder study pretty much for a place to crash. When she finds out what they’re actually studying there – no spoilers but get ready for some wicked nightmares – her already fragile psyche starts falling apart when the darkness of her subconscious arrives in reality.

Soleil Moon Frye shares home movies, voicemails and vintage pictures (like this one with Will Smith, her and Mark Wahlberg) from growing up in the 1990s in the documentary "Kid 90." (Photo: HULU)

Soleil Moon Frye reprises her old role on Peacock’s revamped “Punky Brewster” series but this documentary is a much more interesting and enlightening venture for her. Frye’s tumultuous teenage years in the ’90s were spent shedding the image of the beloved kid star of the Reagan era, and she shares stories of travails, tragedies, vices and romances interspersed with vintage photos, home movies and old voicemails (including one very relatable bit where Frye’s shy about returning Mark Wahlberg’s call).

"Adverse" (VOD, March 9): Mickey Rourke stars in the action thriller as a crime boss whose crew is the target of vengeance for a ride-share driver with a missing sister. (Photo: LIONSGATE)

Thomas Nicholas (of “Rookie of the Year” and “American Pie” fame) stars in the moody revenge thriller and wields a bloody tire iron as a financially strapped LA ride-share driver whose teen sister gets involved with a shady bunch. When something bad happens to her, he takes a job with an enigmatic crime boss (Mickey Rourke) and goes after the bad guys from the inside. The drama’s pretty mediocre but the retro cast is legit, including Sean Astin, Penelope Ann Miller and Lou Diamond Phillips.

Ryan Francis (far left) and Bryce Fernelius are ex-con movers hired to pack up the stuff of a mysterious older man (Michael Flynn) in the horror film "Stay Out of the Attic." (Photo: SHUDDER)

If you dig truth in movie titles: ‘Stay Out of the Attic’

A bunch of ex-con movers (Ryan Francis, Bryce Fernelius and Morgan Alexandria) are hired for an overnight job packing up the house of a mysterious old German dude (Michael Flynn). Unfortunately, they do not heed the warning of the movie they’re in (come on, it’s right there in the name!) and discover the place’s monstrous secrets, including Nazi experimentation projects, diabolical science and things that should have stayed behind locked doors. 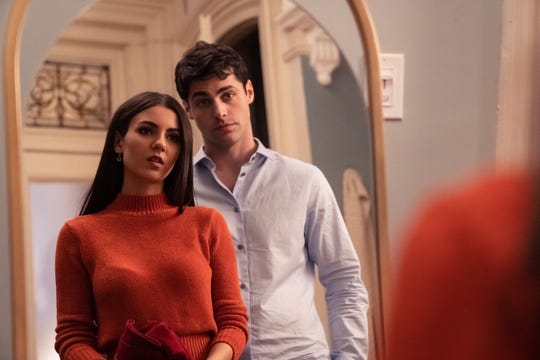 If you grew up watching Victoria Justice in ‘Victorious’: ‘Trust’

The singer and former Nickelodeon kid heads up a tepid romantic thriller that leaves no subplot untwisted. Brooke (Justice) is getting ready to open her gallery and make a big splash in the New York art world, Owen (Matthew Daddario) is her hard-working TV newsman husband until their seemingly solid marriage is shaken and fidelity questions arise with the arrival of two attractive problems: Brooke’s suave new Irish artist in residence (Lucien Laviscount) and Owen’s super-fan No. 1 (Katherine McNamara).