We’ve got questions, and you’ve (maybe) got answers! With another week of TV gone by, we’re lobbing queries left and right about dozens of shows including Yellowstone, Insecure, Hawkeye and The Masked Singer! 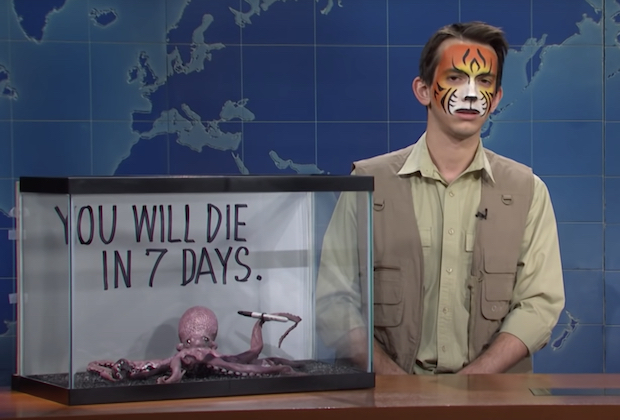 1 | What are the chances that Saturday Night Live “kills off” Andrew Dismukes during the Dec. 18 episode hosted by Paul Rudd?

2 | Did you, as we did, absolutely think that The Rookie‘s Nolan was going to see a compromising text pop up on Bailey’s phone, as he used it to FaceTime with his son?

3 | On Insecure, did you like Issa’s Crenshawn-esque nickname “Issawood,” which was a play on Inglewood? And which life choice did you like better? Also, are you hoping for a spinoff about Kelli and Molly’s mom Carol?

4 | Does Dexter: New Blood‘s Angela really get that good of cell phone service at the bottom of a cave? And do you think Harrison was telling the truth when he said he didn’t remember anything about his mother’s murder? 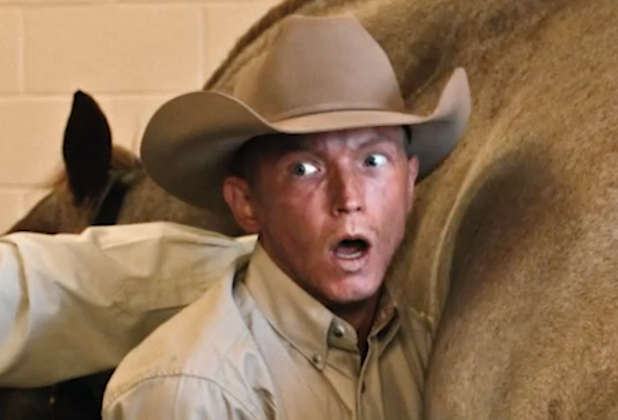 5 | How bummed are we that our year-end round-up of Scenes We Wish We Could Unsee was completed only days before Yellowstone‘s Jimmy got handsy with a horse? And would Lynelle really not have given Jamie a heads-up that he wasn’t getting her endorsement before she announced to the press that his adoptive father was getting it?

6 | Succession‘s Shiv is totally pregnant, right? Speaking of, should Sarah Snook get a special award for keeping her hat from flying away during that entire, emotional siblings scene?

7 | Which All American duo gave your favorite dance down the aisle during that big prom number?

8 | As The Flash‘s 5-part “Armageddon” event came to a close, why was Allegra, of all team members, making so many strategic decisions (e.g. about how to defeat Despero)? Couldn’t those lines have been given to a more seasoned team member? Also, are we to take it that Mia simply dipped on the Canaries in 2040 for two years (and counting)?

9 | As wild and ridiculous as Riverdale‘s 100th episode was, wasn’t it a lot of fun to see Ross Butler come back as Original Reggie and fight with Charles Melton’s New Reggie? And as TVLine reader Matthew Lawler points out, if Jughead was the one writing the story of Rivervale, why didn’t he bother to bring back his father F.P. and his sister Jellybean?

10 | Joyous as the childbirth was at the end of FBI: Most Wanted‘s fall finale, was it a bit “off” to have everyone in the mall lot clapping, after several shoppers had been killed by gunmen? 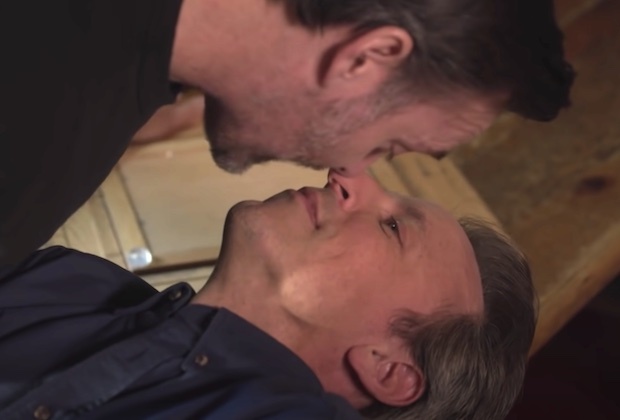 11 | Was there a funnier moment on TV this week than Will Forte’s attempts to make Seth Meyers break during their Late Night day-drinking excursion?

12 | To TVLine reader Chris’ point, does Why Women Kill Season 3 kinda have to star Jennifer Morrison? To continue the Once Upon a Time alumna theme?

13 | After this week’s Hawkeye, who else wants a Yelena Belova cooking show where she just insults her guests and dabs hot sauce on everything? (Think she carries hot sauce in her bag like Beyonce?)

14 | Ted Lasso fans, were you at all irked that the animated Christmas short broke from continuity, disregarding that Ted had already FaceTimed with his son Henry earlier that day, as seen in the Season 2 holiday episode “Carol of the Bells”?

15 | Wasn’t the identity of this season’s Masked Singer winner evident from the first note she sang?

16 | If Survivor‘s Xander had taken Erika out in the fire-making challenge and had gone to the Final 3 with Deshawn and Heather, do you think he would’ve won the season?

17 | After that hardcore Challenge finale, were you surprised that CT and Kaycee shared a slice of the million dollars with the rest of the players? Should they have pulled a Bananas and kept it all?

18 | Are you wondering how Sistas‘ Maurice will call Q? Are prisoners allowed to receive calls? And why does Pam have a bunch of pregnancy tests at the salon anyway? 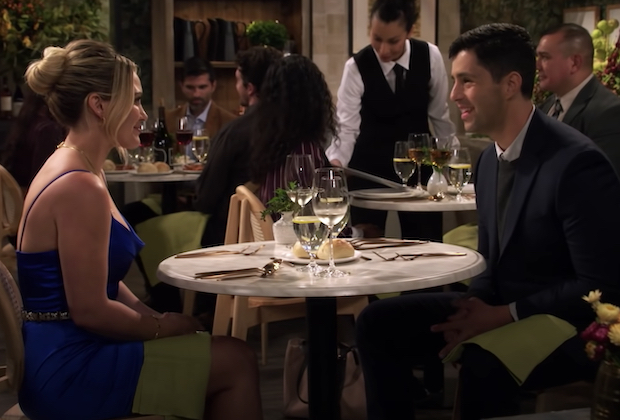 19 | Millennials, how weird was it seeing Lizzie McGuire on a date with Josh Nichols in the trailer for Hulu’s How I Met Your Father?

20 | Upon learning that The Goldbergs has superimposed Jeff Garlin’s face on a body double “a number of times” (!) before, did you immediately want to go back and rewatch episodes to check for obvious examples?

21 | On And Just Like That…, so exactly how rich was Mr. Big, that he could leave $1 million in his will to his ex-wife Natasha, and Carrie is much more concerned about what it says about Big and Natasha than about the money?

22 | After watching Days of Our Lives: A Very Salem Christmas, did you wish Sami could be that nice all the time?

23 | Did you almost find yourself feeling sorry for Cartman at the end of South Park: Post COVID: The Return of COVID? Or were you glad to see his miserable future unfold?

24 | How many Station 19 fans are already predicting an Andy/Theo hookup? Also, how many of your eyes are also still red after Thursday’s exceptionally moving episode?

25 | Since Kevin McKidd re-upped with Grey’s Anatomy through a possible Season 19, is anyone really all that worried about Owen?

Hit the comments with your answers — and any other Qs you care to share!