“Big Brother” is one of those shows that feels like it’s been on since there were only three channels and every show was in black-and-white. Now in its 23rd season, a whole new cast of strangers has entered the house of constant surveillance, each of them hoping to be the last resident left.

Azah Awasum of Baltimore is a new houseguest who is eager and ready to take home the prize. The 30-year-old director of sales operations is also an enthusiastic biker who loves to travel. Per her official bio on CBS’ website, she has been to 26 countries, and prior to the COVID-19 pandemic, she would visit four countries every year. She also loves to cook and wants to bring her spices into the house because she doesn’t know what seasonings will already be there and she does “need some flavor in [her] life”!

Azah seems like a worldly, cool chick. But how will she use her knowledge and personality to her benefit during the competition?

Azah is friendly, but don't let that fool you 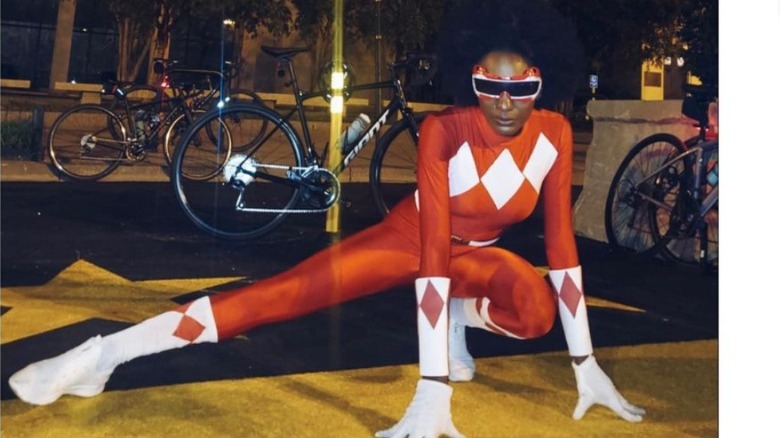 According to Azah Awasum’s CBS bio, her name means “able to make friends,” which should serve her well in the “Big Brother” house. While she is open to making friendly alliances, Azah is adamantly against doing anything romantic — or as she calls it, engaging in a “showmance.” Although she may be affable and outgoing, she still knows that at the end of the day, she is playing for herself and nobody else. “I’m hoping my amiable appearance will cause the guests to let their guards down with me,” she said. “I want every Houseguest to feel like they have me in their pocket.”

As for her strategy? She puts it quite simply: “Spot the power players early and annihilate or divide them one by one! Play for MYSELF, not the house.” Azah seems to have had her spunk ever since she was a child. In a May post on Instagram, she shared an anecdote about one of her favorite childhood shows, “Power Rangers.” She wrote, “When I was 4, I crept on top of the fridge, waited for my father to get home, and then leaped on top of his back naked with a kitchen knife screaming the Power Ranger’s theme song … 26 years later I got to live out my childhood dreams …”

With a healthy mix of strategy and spirit, Azah is going to be a houseguest to watch.