LOVE Island eliminations are sporadic but inevitable, and the next one is taking place TONIGHT (June 24).

At any stage contestants can be booted off the show, as only one couple can be crowned the winner of the ITV2 reality show. Here's everything you need to know about the Love Island eliminations… 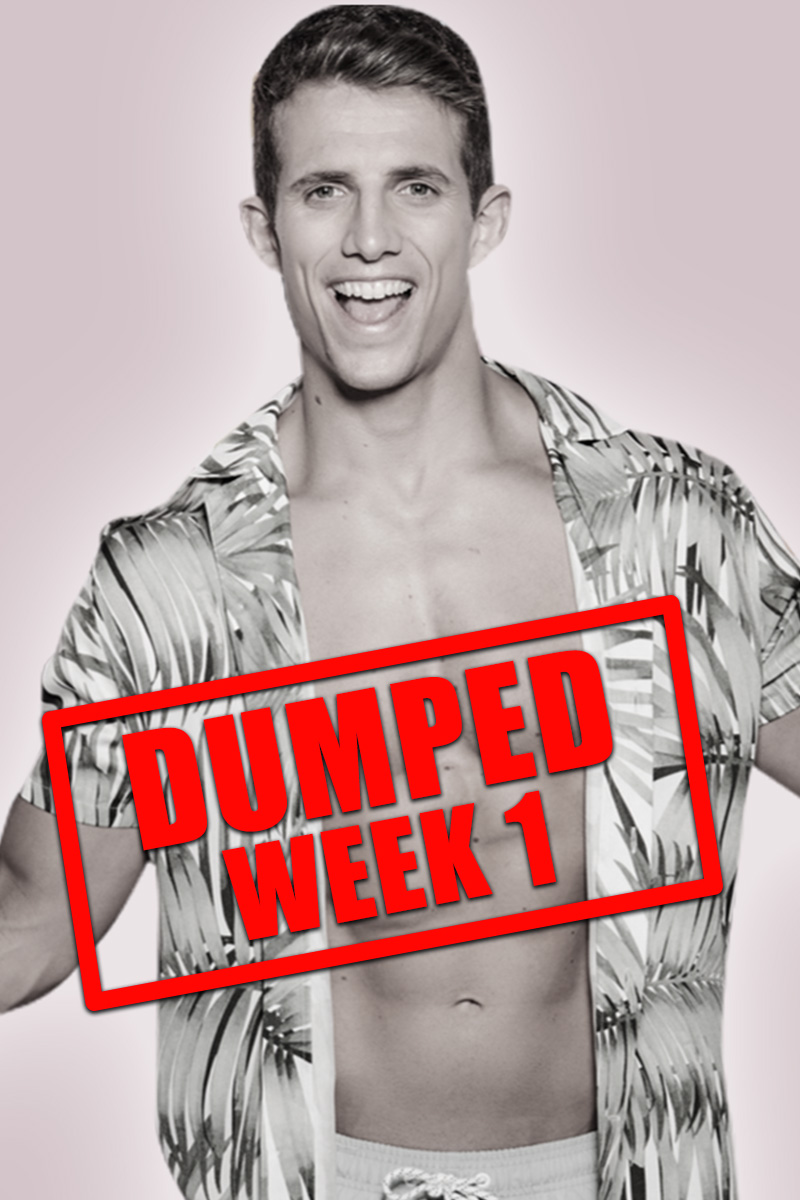 Who got dumped from Love Island?

Callum MacLeod suffered an early exit before he could really make an impression on ITV2 fans.
The 28-year-old was forced to pack up his belongings and leave the lavish compound just hours after making his arrival.

Of his elimination, he said: “It’s unfortunate that I didn’t meet anyone that I connected with but I had such good fun in there.

“Even though I didn’t meet anyone that I could potentially be with on the outside, I loved it, which is a great bonus.”

The hunk later appeared on the first Love Island: Aftersun, which is hosted by Caroline Flack, to discuss his time in the villa. 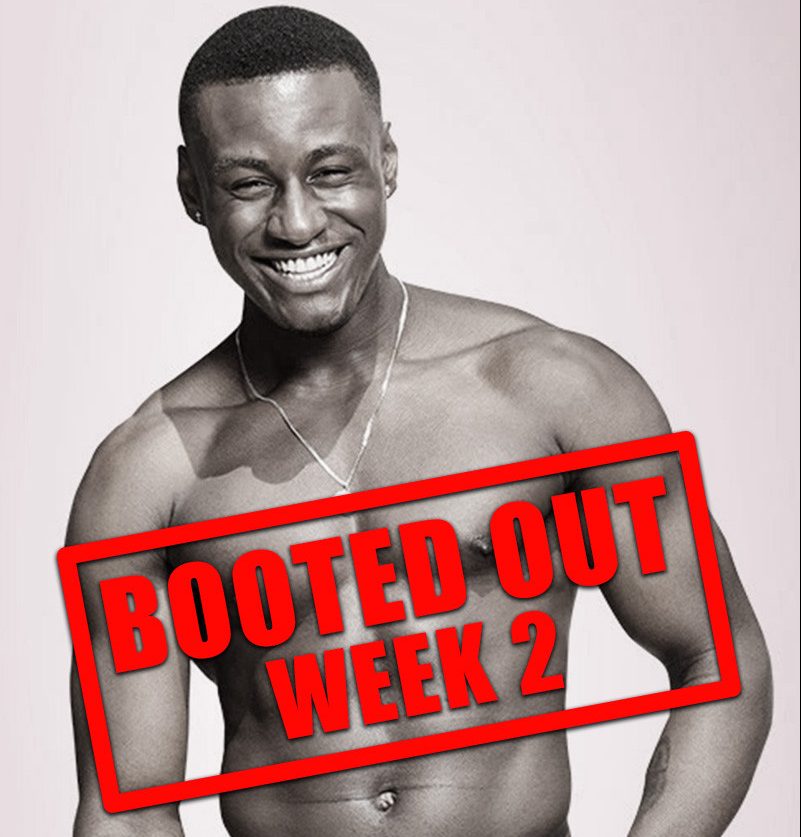 Sherif is a 20-year-old chef and semi-professional rugby player from London.
He was determined to find a girl, who would be loyal and insisted being faithful is an “absolute must”.
What’s more, he revealed he can't take anything seriously and has a "pretty ugly" laugh.

On June 11, The Sun exclusively announced he had been removed from the villa for breaking the rules.

Of his shock exit, Sherif said: "In a case of poor judgment, I broke the villa rules and as a result agreed with the producers that it was best for me to leave the villa.

"I regret that I didn’t conduct myself in the right way and, as a 20 year old guy, it’s something I know I will take on board and learn from.

"I really enjoyed my time in the villa and look forward to catching up with everyone on the outside."

He later revealed to the The Sun on Sunday he had been kicked out for crudely joking "that's a c*** punt" after he accidentally kicked Molly-Mae Hague in the crotch during a play fight. 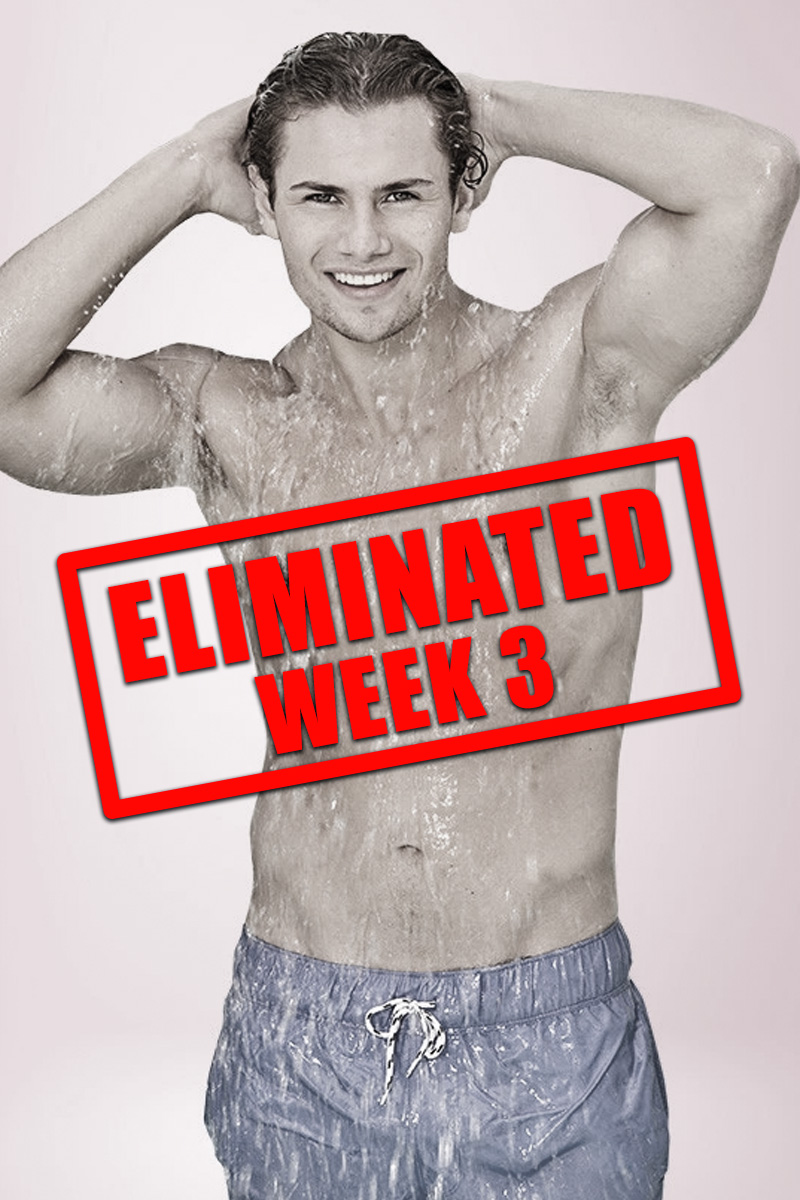 While fans initially assumed that Joe Garratt was going to win the series with Lucie Donlan, his "controlling" behaviour towards the surfer left viewers concerned.

Because the public had a helping hand in deciding who was going to get kicked off in episode 14, following the villa's vote on who was the least compatible couple, Joe and Lucie and Elma Pazar and Anton Danyluk were the chosen ones.

Caroline then informed the Islanders that one person in each couple was going to be leaving the villa, with Joe going instead of Lucie. 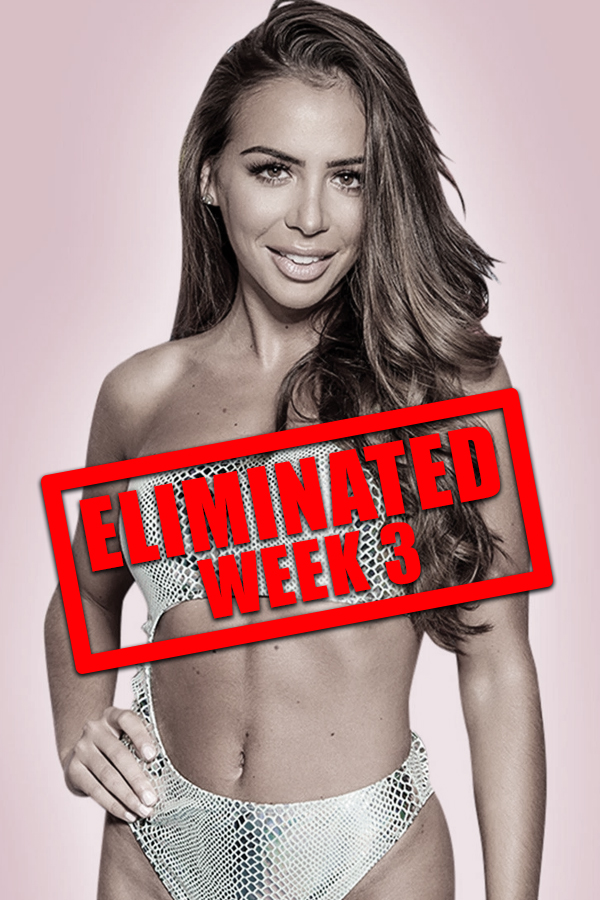 Things appeared to be going well for Elma Pazar, having kicked things off with Anton Danyluk right from the start, her time was also cut short.

With the Essex beauty and her coupled-up partner both being named one of the least compatible pairs, it was Elma who ended up receiving the boot.

It left Anton shocked – particularly since he'd connected with Elma more than any other woman in the villa.

Which contestants are still in the villa?

Love is still on the cards for 24-year-old ballroom professional Curtis Pritchard, who is currently coupled up with Amy Hart.

Strictly Come Dancing’s AJ Pritchard’s younger brother was the first contestant to be confirmed for the show.

He has hopes of one day appearing on the BBC series like his sibling and said he has lived a “sheltered life” due to his career as a dancer. 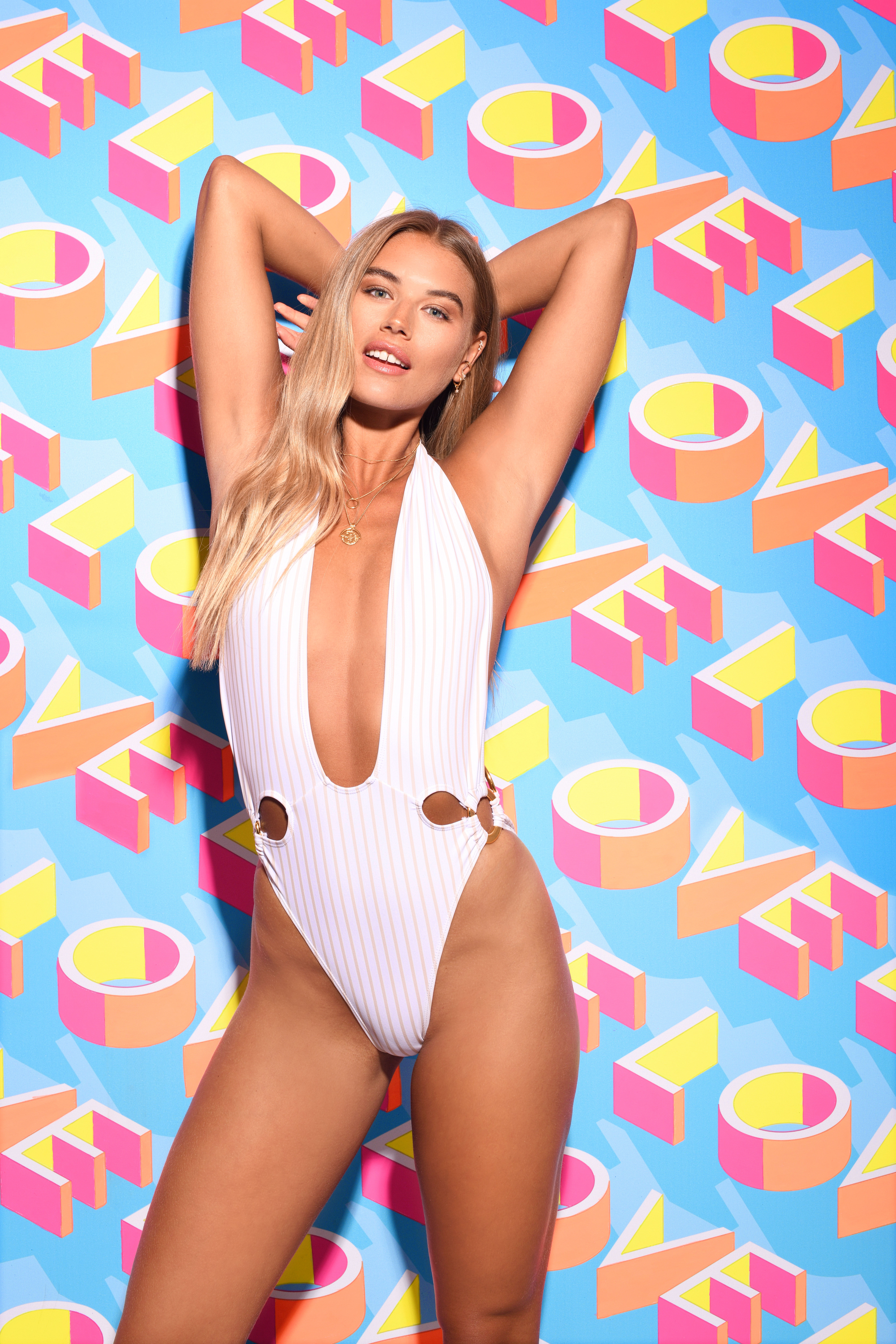 The stunning 5ft 10 inch stunner has been modelling for ten years and is based in London.

Also, the 28-year-old featured on a billboard in Oxford Street for G Star in 2018.

The 29-year-old model from Leeds joined the series with fellow model Jordan Hames in episode 13.

On entering the villa, he immediately took a liking to Elma Pazar and Maura Higgins.

He is thought to have been in a relationship for seven years before signing up to the show.

The Mancunian is a 24-year-old model, who has worked alongside David Beckham for the Adidas World Cup campaign.

Although his type on paper is Jennifer Lopez, he quickly kicked things off with Anna Vakili. 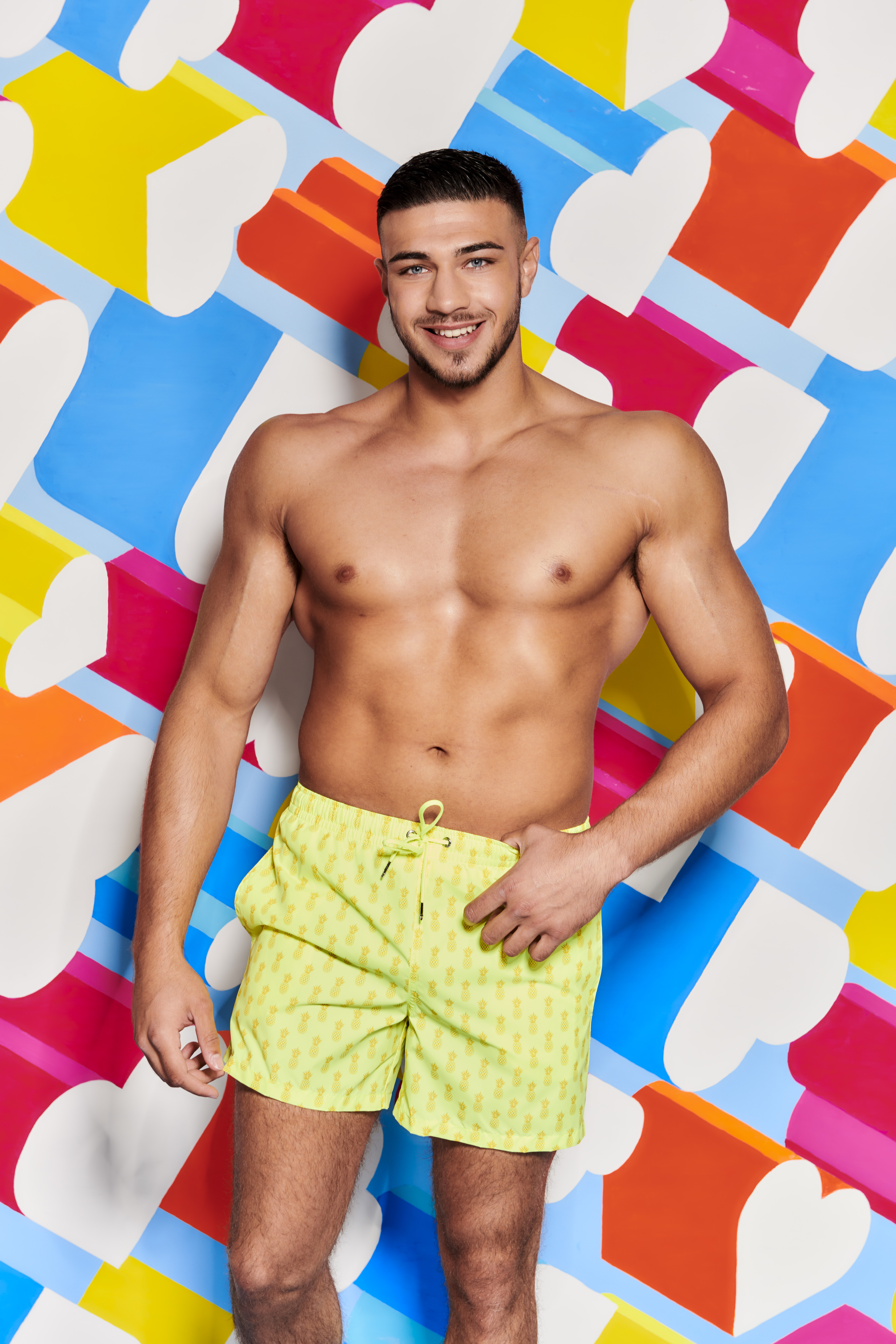 Still hoping he is a knockout with the ladies is professional boxer Tommy, who is related to boxing legend Tyson Fury.

Since parting ways with his ex-girlfriend, the 20-year-old fighter has received “a lot” of female attention.

But do not expect him to be playing the field as he considers himself a “loyal guy down to the roots”, who likes a “confident girl”.

Trying to soar above the rest of the pack is air hostess Amy from Sussex, who once met One Direction hunk Liam Payne on a night out.

Although, the 26-year-old does not think she will be the best looking in the villa, she is pretty certain she will have the best personality.

What’s more, she has a soft spot for Britain’s Got Talent judges David Walliams and Simon Cowell, with her saying: “You'd never go there obviously but there's something about them.”

The Liverpudlian native is looking to save hearts in the villa, as the firefighter has boasted about his risqué job.

He said: “I’m a hero! I’m a firefighter, who doesn’t want their own firefighter? Their own local hero."
Also, the 27-year-old muscle man rates himself a ten out of ten (confident much?). He added: "I would have said nine but I'm a hero so it bumps it up." 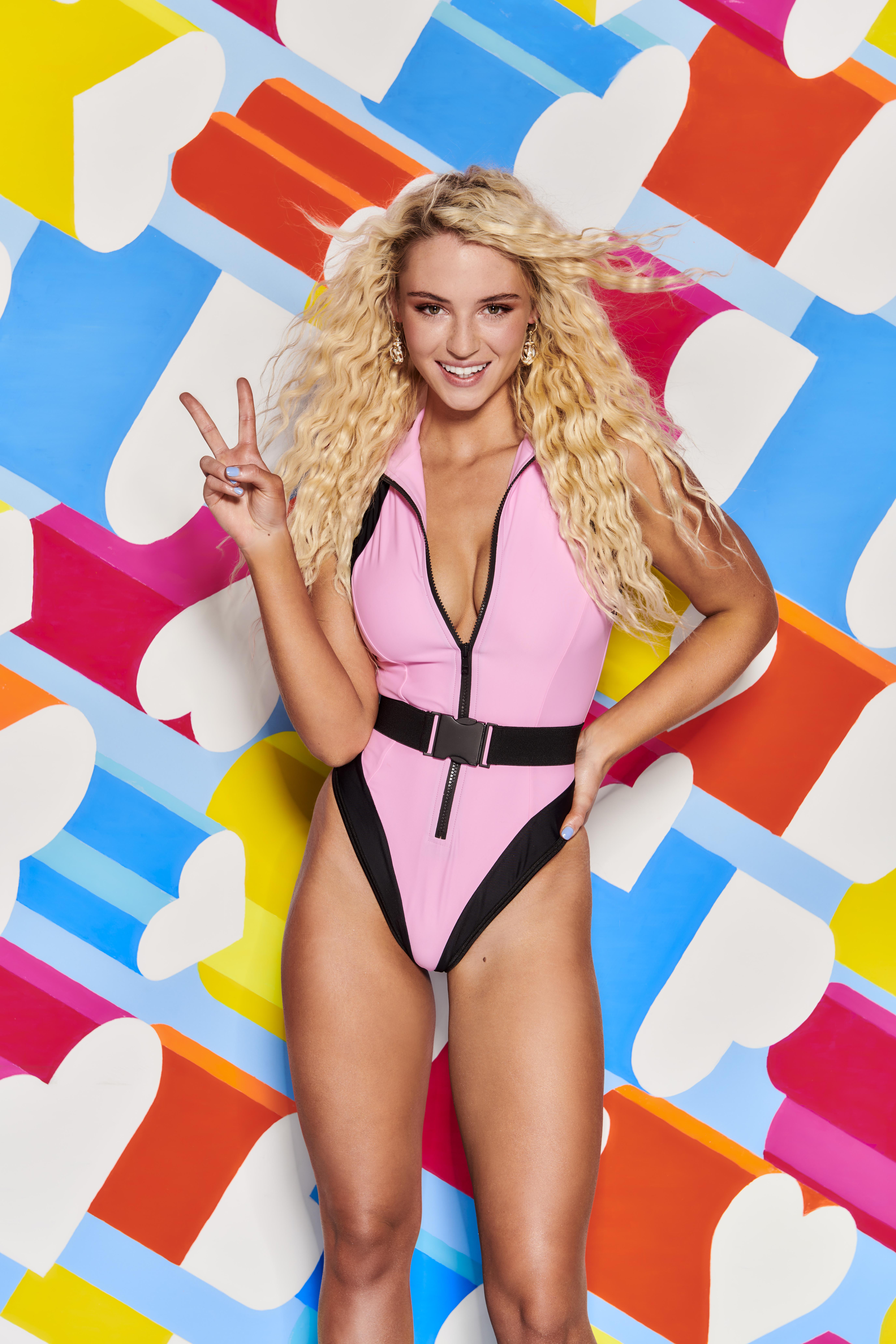 Lucie has brushed shoulders with the likes of Joey Essex and Love Island’s Charlie Frederick, but is still looking for love in the sun.

The 21-year-old surfer said she is unlike the girls who usually go on the show as she is “into sports as well as being glam”.

She amassed a huge following on Instagram prior to entering the villa and is confident prancing around in her bikini all day.

Gym owner Anton is a certainly a poster boy for his business, with his toned abs, and wants to find a Margot Robbie lookalike.

The 24-year-old Scotsman described himself as funny, hard-working and motivated, however, he has a few bad habits.

Some of his less impressive traits include being moody and an over-thinker.

Scientist Yewande has found herself in a love triangle with Danny Williams and Arabella Chi.

However, she said she is "easy to get along with, funny and caring”, although she admitted she talks a lot.
The 23-year-old has been cheated on “multiple times”, however, she insisted she is “very loyal”.

The 21-year-old beauty therapist rates herself a ten out of ten but “not in a cocky way”.

She has met former Islanders Adam Collard and Ellie Brown during nights out on the Toon in Newcastle and has vowed never to use a dating app.

Amber has been cheated on "several times" but warns: "I'm not as naive as I was then." 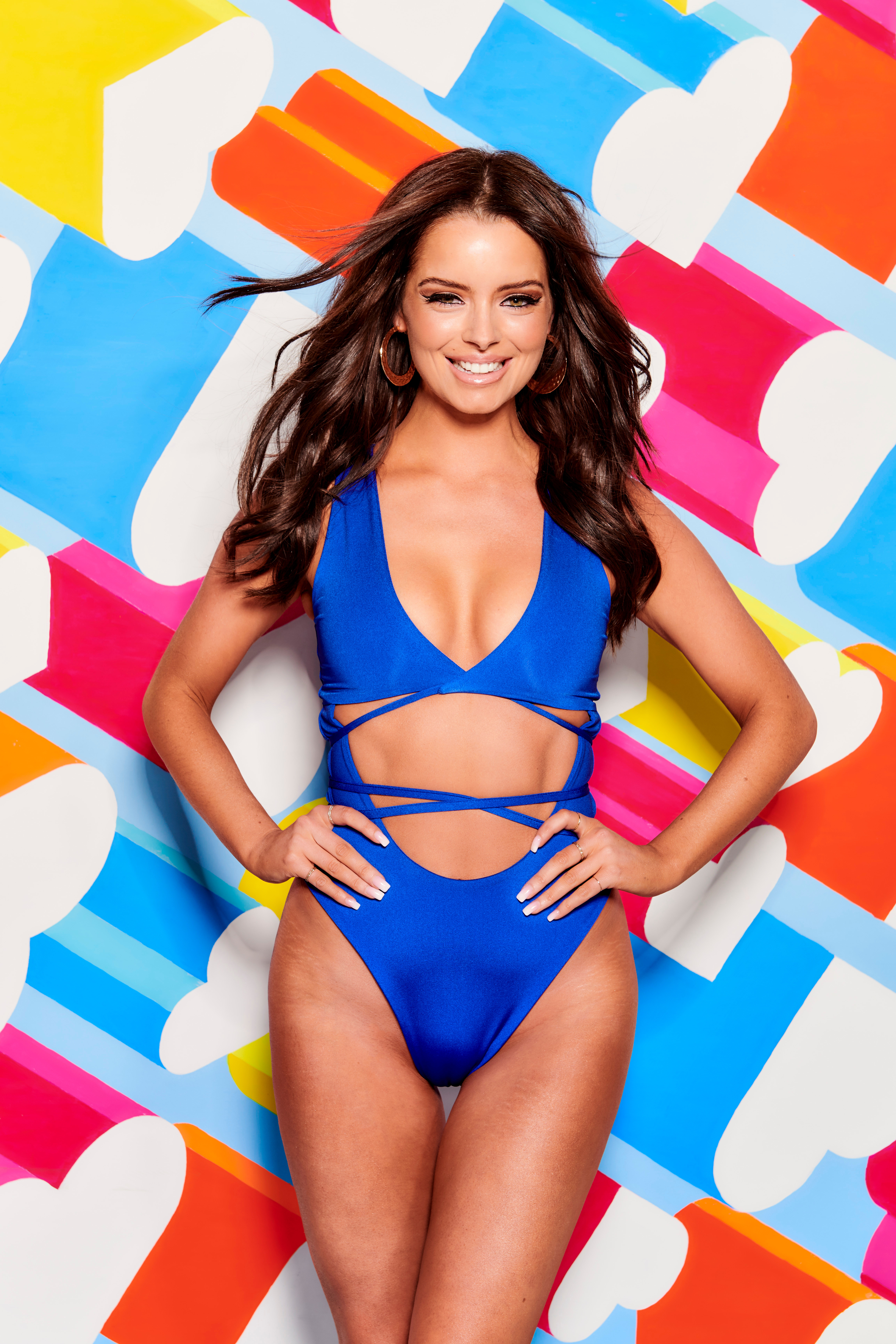 The stunning model is a grid girl from County Longford, Ireland, who has admitted to going to the "extreme" when it comes to guys.

"I’d go extreme," she said. "It can obviously be hard because you could be really close with one of the girls but you’re in there to find love at the end of the day."

Maura, whose relationship with Tom Walker may have hit the rocks before it even started, starred in Liam Payne's music video, Get Low, in 2017,

She has also worked with lots of athletes throughout her modelling career.

The 28-year-old pharmacist from London found fame earlier this year when she made the news in Iran.

Spilling all, she said the cameras started rolling “when my sister and I were away in Qatar with two Iranian footballers".

She saw her followers on Instagram skyrocket overnight, as the footballers have huge following on social media.