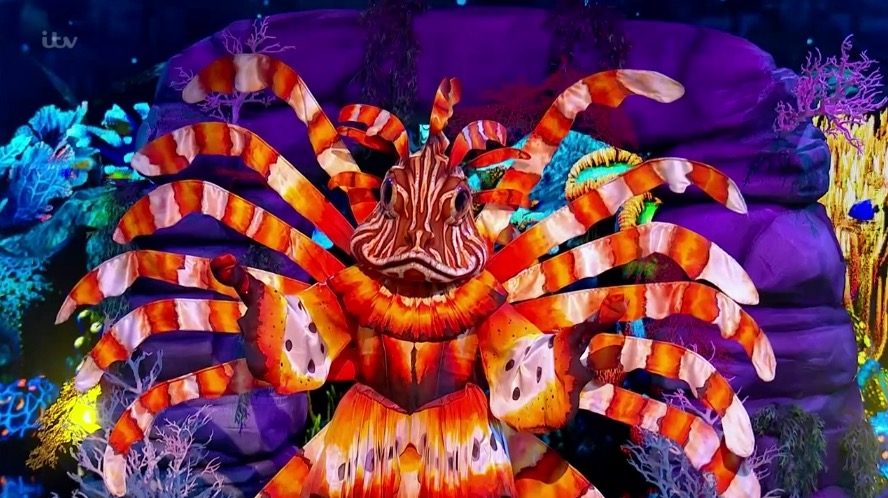 The third celebrity has been unmasked on The Masked Singer UK, with Lionfish chosen by the judges to leave the competition.

On tonight’s episode of the ITV programme, judges Rita Ora, Mo Gilligan, Davina McCall and Jonathan Ross watched as five of the contestants returned to take to the stage for a second time.

Lionfish, Mushroom, Firework, Robobunny and Doughnuts belted their hearts out, doing everything in their power not to join Heather Small and Gloria Hunniford as an eliminated star.

In the end, Lionfish was sent packing, taking off their mask to reveal Will Young underneath.

For his final guess, Mo thought Lionfish was David Walliams, with Jonathan correctly opting for Will.

Will admitted that he found it really hard to disguise his voice, saying that he was agoraphobic, which made wearing the costume difficult.

The singer reflected on how it’s been 20 years since he won Pop Idol, with Rita saying that she watched the series ‘religiously’.

Once his mask had come off, Will performed a stunning rendition of Whitney Houston’s I Will Always Love You from The Bodyguard, no longer needing to disguise his recognisable vocals.

Several viewers praised him on his run in the series, with one person tweeting: ‘That’s a beautiful version of that song from Will Young!!’

‘I’m sorry but how has actual Will Young not made it to the final of this show?’ another remarked.

After his elimination, Will admitted that he had only ever seen clips of The Masked Singer UK before, rather than being an avid watcher of the show.

When asked what made him decide to take part, he responded: ‘I thought the challenge of disguising my voice would be fantastic and also I loved the idea of playing a character!’

While the ‘hiding’ part of the experience was ‘easy’ and made it ‘enjoyable’ for the 42-year-old, he added: ‘I was nervous when I had to take the mask off! It was very interesting to experience.’

Following the four celebrities who made it through in tonight’s episode, there are five more due to perform again next week – Bagpipes, Panda, Poodle, Rockhopper and Traffic Cone.

So who do you think will make it all the way to the end?

The Masked Singer UK returns next Saturday evening on ITV.