Colton Underwood is still with Cassie Randolph after The Bachelor. Some of the cast from his season has returned to TV looking for love on Bachelor in Paradise.

Some of them commented on how he kissed. Find out how he responded on Instagram and why he later deleted the response. 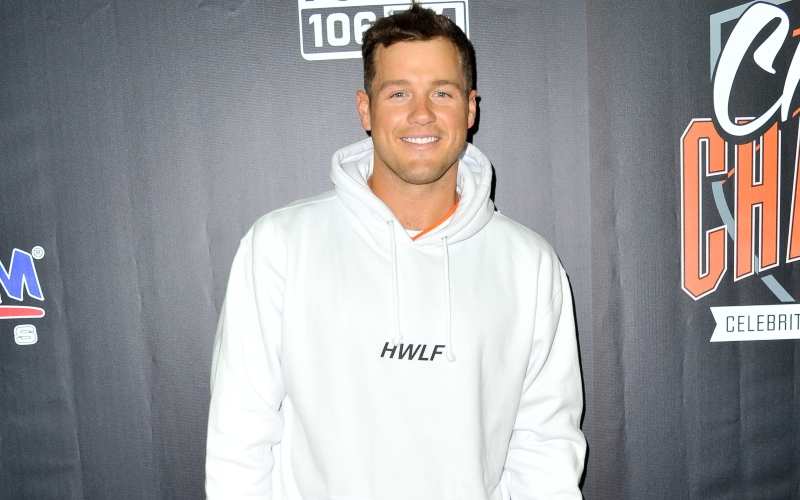 Multiple contestants were talking about the worst kiss they ever had on Bachelor in Paradise. It was then revealed that some women from Underwood’s season weren’t impressed with his skills.

Sydney Lotuaco revealed that Underwood was her worst kiss ever. “I would have said the same thing!” agreed Caitlin Clemmens.

Tayshia Adams also had something to add to the conversation. “Yeah, not gonna lie. But he got better by the end of the season! … I think I’m a good teacher.”

She later kissed Derek Peth and made an interesting comparison. “He’s a better kisser than Colton, so I feel like I’ve already upgraded,” she said.

Underwood didn’t seem thrilled by the scene. After the episode, he posted a photo of the Broadway musical cast of Mean Girls. He wrote, “Bachelor in Paradise, y’all get caught up yet?”

Randolph also tweeted a response to the episode. She tweeted a gif of them kissing and wrote the caption, “kiss me dammit you good kisser you.”

Fans showed her support. One tweeted, “@CassieRandolph way to stand up for your man! He didn’t want to kiss them…. he only had eyes for you.”

Another wrote, “Ha! Maybe he was a bad kisser to the others because his desire was to give all his good kisses to you! Just shows where his heart was! He was forced to kiss the others!”

He deleted it because he wants to spread positivity

The former reality star talked about why he deleted the post. He said he “felt bad” according to Us Weekly.

“I’m trying this new thing where I spread positivity on my social media only. After I post something I’m like, ‘How does this make other people?’” he explained. “I only want to spread positivity so I took it off, but to comment on that, I wish that we could start building people up more.”

He continued, “I know that doesn’t make the best TV but we’re in a such a cool spot with only the franchise but in our society where, like, we can empower people and win you have a platform you can empower people. We don’t need to tear people down to make ourselves feel better.”

Underwood did address the accusation that he’s a bad kisser. “Cassie said I was a good kisser so that’s all that matters.”

The former football player also said, “Even like with Cass, everybody has their preferences. “You work together to know each other and get to know what each other likes.”

It sounds like he is still happy with Randolph and will try to not post anything negative in the future.