If you read celebrity news, there’s nothing like a good feud. When stars make the effort to go on the record attacking famous rivals and/or colleagues, you’re talking about a front-page story.

For fans of The View who like a good dust-up, the publication of Ramin Setoodeh’s Ladies Who Punch was an early Christmas gift. In that book, you get stories of Barbara Walters lighting up Jenny McCarthy, Rosie O’Donnell comparing The View to the Trump administration, and much, much more.

Still, even with so many shots being fired at once, Rosie O’Donnell’s words for Whoopi Goldberg ranked among the most explosive. In the book, she said Whoopi was meaner to her than anyone on TV had ever been (“worse than Fox News,” in fact).

Yet Whoopi offered no reply. No matter who asked her — and everyone asked her — she simply repeated that she had nothing to say. As feuds go, it seemed very one-sided. In fact, you might start believing Whoopi doesn’t care what Rosie says.

Whoopi goes out of her way to avoid workplace drama.

In Ladies Who Punch, the absence of Whoopi looms large. Originally, Setoodeh said Whoopi agreed to speak to him, but when it became clear she was staying at The View, she changed her mind.

To Whoopi’s fans, that probably wasn’t a big surprise. More often than not, she tries to cool off her fired-up co-hosts on the View panel and seems to avoid drama as a rule. But most of all, she doesn’t like to air workplace dirty laundry in public. In May, she noted that on Watch What Happens Live.

After a caller on Andy Cohen’s show asked what she thought about the book (and Rosie’s comments), Whoopi basically shrugged the whole thing off. “I didn’t talk to the guy, I didn’t care about the book,” she said casually.

Whoopi seems comfortable with herself and genuinely unconcerned about Rosie. 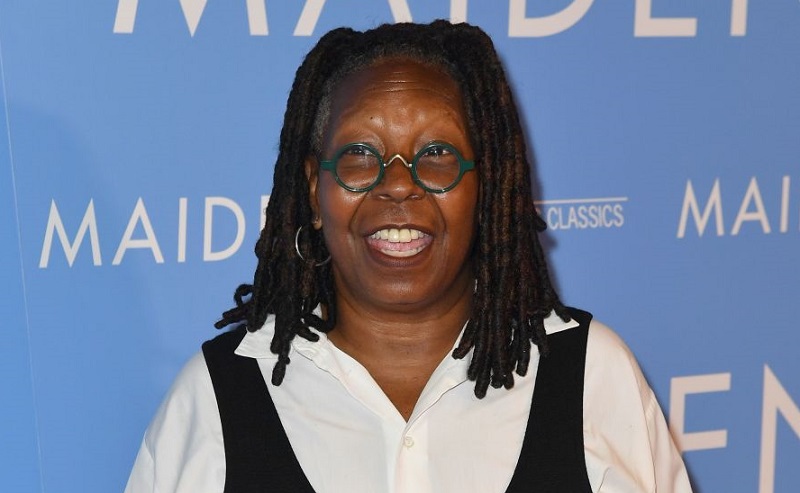 After Whoopi spoke with Andy Cohen, a few things stuck out. When she said she doesn’t like “other people talking out of school,” it seemed to be both directed at Rosie and her other co-hosts who dished to Setoodeh for his book.

Also, when pressed by Cohen about the headline-grabbing things Rosie said about her, she offered the ultimate Whoopi response: “That’s OK.” Along with the look Whoopi gave Cohen, it made the Watch What Happens Live host squirm in his seat a bit. (He immediately move on to another topic.)

In Ladies Who Punch, even the former View co-hosts who had negative things to say about Whoopi couldn’t help but respect her. “Whoopi can knock over anyone in a debate,” McCarthy said. Overall, it sounded like Whoopi intimidated McCarthy.

As for Rosie, she also tempered her criticism with praise. “She’s a minority, feminist, smart, funny, groundbreaking legend who is black in America,” Rosie told Setoodeh. “I’m never going to not have respect for Whoopi Goldberg.”

On her June 24 visit to Watch to What Happens Live, Rosie spoke of bumping into Whoopi at a recent event. She said both were cordial and that was that. Once again, it seems Whoopi — a bona fide show-business legend — doesn’t care at all what Rosie says or does. She’s doing her own thing.

See also: When Whoopi Knew Rosie O’Donnell’s Return to ‘The View’ Would Be a Disaster