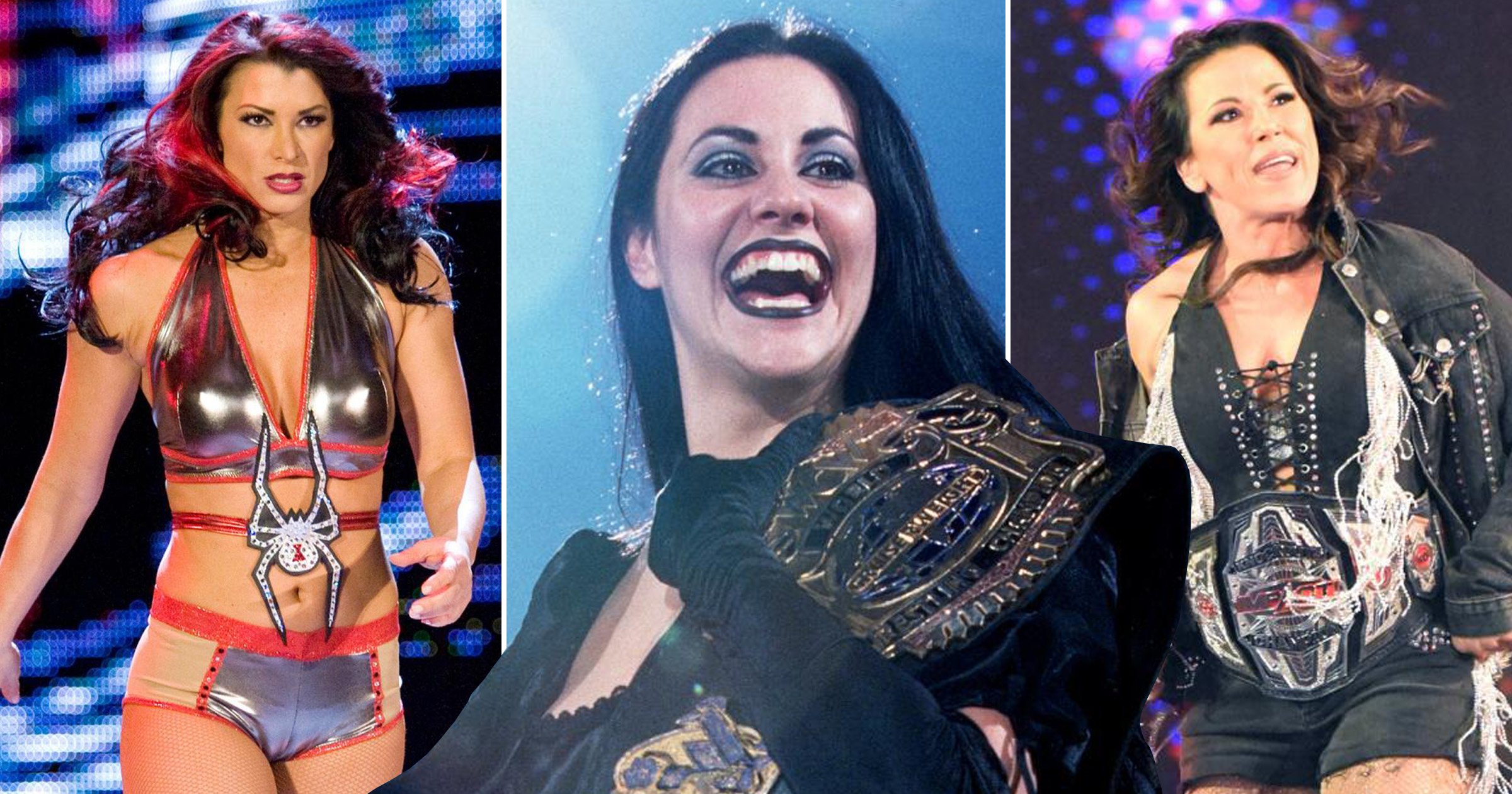 The trio – who host GAW TV (Grown Ass Women) together – are hosting their huge Dresslemania II charity fundraiser over WrestleMania weekend as part of WrestleCon in memory of their late friend after plenty of big names have put up their own outfits for auction.

The money raised will be going to NAMI – the National Alliance on Mental Illness – and the trio are ready for an emotional event on Saturday just seven months after Daffney took her own life.

The trio sat down to speak to Metro.co.uk before the event, and Val explained: ‘Everyone knew and loved Daffney, and it’s something that’s near and dear to our heart.

‘It’s actually a very emotional cause this year, very, very personal to all of us. It’s really important to us individually, and that mental health is a conversation.’

Last year’s virtual Dresslemania event benefited GirlUp, but the trio have decided to support a different organisation each year for their fundraiser, and it’s a cause close to their own hearts.

‘Daffney obviously was so huge and hit so close to home to us. But just prior to that, a couple of years ago, was Ashley in a very similar story. Even when you think about Chyna, I think women are deeply affected by things differently,’ Mickie explained.

‘You’ll see that kind of happen for us – and men just as much as well. I feel like, because we have to compartmentalise everything in wrestling so much. When you’re at work, you’re at work, it’s game face all day.

‘And game face isn’t just in the ring, because as we all know most of the work is behind the scenes. That’s the icing on the cake part! It was sad that a travesty like Daffney was the catalyst to start this moving of normalising the conversation of mental health and the importance of being ok and letting your friends know that we’re all in it together.’

Lisa – better known to WWE fans as Victoria – noted the importance of wrestling’s biggest names opening up about mental health and the way it can help not only their contemporaries, but also fans watching at home.

‘They’re not alone. Just because we’re on TV, they think we don’t have problems,’ she said. ‘We go through the same thing as everybody else does, we just hide it a little bit more.’

Although wrestling itself provides a perfect escape for fans around the world, the trio all have their own outlets away from the business to avoid getting too burned out.

For Mickie, a big part of that is working on her farm, while Lisa admitted she actually uses her co-star’s music to relax at home.

While Impact Wrestling has directly promoted GAW TV’s Dresslemania II event, stars from both Impact and WWE have donated outfits for the online auction, and Mickie is keen to see all levels of the business encourage important conversations about mental health.

She pointed to the way everyone struggles, from the promoters and biggest names to rising stars and the fans themselves, and the need for people to feel like they have an outlet to open up.

‘We’re all human, at the end of the day. Everything affects us on a human level, right? So to feel that kind of genuine awareness of it, and that conversation – I think the conversation alone has been massive,’ she admitted.

‘I hope to see more companies step up and prove that open conversation and that open door policy to help their talent, especially whether they’re active roster talent or people on the other side.

‘That’s a whole different conversation of, when you leave, finding that next thing, or whatever that next chapter looks like. You’ve seen that struggle in that capacity, too.’

And Lisa described it as a ‘never-ending battle’, pointing to the need for supportive friends and people to talk to.

‘It doesn’t just happen with the young’uns, you know! I’m still, day to day, “What do I wanna be when I grow up?” We’re all struggling,’ she said.

‘I’m lucky to have some friends I can share and not have them judge me. There are some people, for therapy, that aren’t gonna judge, man! Therapy is not a bad word, man. Everybody needs it!’

DressleMania II will be held at WrestleCon on April 2. Auctions on items are available here and the official t-shirt can be bought here.